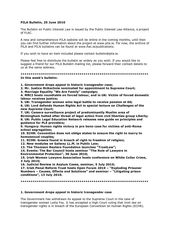 In this week's bulletin: