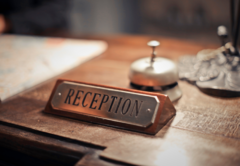 FLAC has welcomed the decisions of the WRC in relation to four linked discrimination complaints taken by a family against Charleville Park Hotel. In his decisions published today, the WRC Adjudicator commented that “to deny emergency accommodation for three nights only, to a family who were both homeless and members of a vulnerable minority at the margins of society… fell below the threshold of decency that reasonable people expect of the hospitality sector”.

At the WRC hearing in January 2022, FLAC’s clients gave evidence of booking accommodation at the hotel online in September 2018 after they were declared homeless and provided with an emergency payment to assist them in accessing accommodation. However, on their arrival, the hotel insisted that they could not honour the booking unless the family provided a credit card. In his decision, the WRC Adjudicator found that the hotel “had full knowledge that the Complainant, as a social welfare recipient and in receipt of Housing Assistance, would not readily have a credit card and, therefore, that such an insistence was a device used on this particular occasion to deny the [family], the right to equal treatment in the provision of accommodation”.

In addition to awarding the family a total of €22,000 in compensation, the Adjudicator ordered the hotel to “revise its requirement on Credit Card bookings so that the policy does not infringe upon its obligations under the Equal Status Acts”. The WRC reached similar findings in its decisions (published in February 2022) on separate discrimination cases taken by another Traveller family against the hotel.

The Equal Status Acts prohibit discrimination in the provision of accommodation on nine grounds, including membership of the Traveller community. Since 2016, the Equal Status Acts have prohibited discrimination in the provision of accommodation against people who are in receipt of rent supplement, housing assistance, or social welfare payments.

“The outcome in these cases is extremely significant for FLAC’s clients and also provides an important clarification of the scope of the Housing Assistance Ground under the Equal Status Acts. That ground is usually invoked in cases where landlords refuse to accept tenants in receipt of HAP or Rent Supplement payments. Today’s decisions clarify that the ground also covers other forms of accommodation including hotel accommodation where someone may require access to accommodation on a short term emergency basis.”

Ms Bridget O’Reilly reflecting on the outcome of the case stated:

“I am really proud of myself and my family for taking this case. A hotel is there for everyone to use whether it is a wedding, a funeral or access to accommodation. Travellers are often excluded from these everyday services just because of who we are and it is so important that we challenge this kind of discrimination and stand up for our rights so other Travellers and our children in the future don’t have to face this kind of experience again and again.”

“FLAC’s clients were tremendously brave to pursue this case. However, it is unlikely that they would have been able to do so without legal representation. Legal aid is not available in cases of discrimination heard by the WRC, regardless of the severity of the conduct concerned, the vulnerability of the victims or the complexity of the case. This must be urgently addressed by the forthcoming review of the Civil Legal Aid scheme.

The cases also illustrate the importance of the Equal Status Acts in combatting the discrimination faced by marginalised and vulnerable communities. The ongoing Review of the Equality Acts must ensure that the legislation is as effective as possible. In particular, the Review must ensure that the barriers to members of the Traveller community pursuing discrimination cases against hotels and other licenced premises are removed, including by repealing section 19 of the Intoxicating Liquor Act 2003 (as the Irish Human Rights and Equality Commission recommended recently).”

FLAC (Free Legal Advice Centres) is an Irish human rights organisation, which exists to promote equal access to justice. As an Independent Law Centre, FLAC takes on a number of cases in the public interest each year. These cases are taken on with the aim of benefiting a wider community as well as being important for the individual client. The FLAC legal team also runs a Roma Legal Clinic and provides a Traveller Legal Service. FLAC frequently acts in discrimination cases on behalf of clients of those services.

The decision of the WRC in relation FLAC’s clients’ cases:

The recent decision of the WRC against the same hotel:

In June 2021, the Minister for Children, Equality, Disability, Integration and Youth announced that his Department would conduct a comprehensive review of Ireland’s equality legislation with a view to “[bringing] legislative proposals to Government in 2022”. This ongoing review constitutes the first full review of the Equal Status Acts and Employment Equality Acts since their introduction over twenty years ago.

In February 2022, the Irish Human Rights and Equality Commission (IHREC) published a review of section 19 of the Intoxication Liquor Act 2003. While most discrimination cases are heard by the Workplace Relations Commission (WRC), under section 19 of the 2003 Act, certain cases against licenced premises are heard by the District Court. FLAC welcomed IHREC’s recommendation to urgently restore the jurisdiction for discrimination complaints against licenced premises to the tribunal for equality cases. See: https://www.flac.ie/news/2022/02/14/discrimination-claims-against-pubs-should-be-heard/

The Review of the Civil Legal Aid Scheme

The Department of Justice has committed to reviewing the Civil Legal Aid scheme. In July 2021, over 40 NGOs joined FLAC in calling for that review to be independent, comprehensive, inclusive and based on human rights and equality standards. Details on the nature, scope and timing of the Review (which was due to begin in 2020) are expected in the coming weeks.