Discrimination claims against pubs should be heard in the Workplace Relations Commission and access to legal aid provided, says FLAC 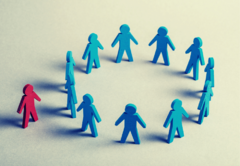 FLAC is calling on the Government to urgently act on the recommendations of the Irish Human Rights and Equality Commission (IHREC) in relation to discrimination complaints against licenced premises and access to legal aid in such cases.

This morning, IHREC published a review of section 19 of the Intoxication Liquor Act 2003. While most discrimination cases are heard by the Workplace Relations Commission (WRC), under section 19 of the 2003 Act, certain cases against licenced premises are heard by the District Court. In a submission to IHREC, FLAC highlighted that this exception came about following “pressure exerted by vintners’ organisations” and creates a barrier to justice for members of the Traveller Community and other groups protected by the Equal Status Acts. Section 19 has been criticised by international human rights bodies and may be contrary to European and International Human Rights Law.

FLAC welcomes IHREC’s recommendation to urgently restore the jurisdiction for discrimination complaints against licenced premises to the tribunal for equality cases.

“IHREC’s report lays bare the disproportionate impact of section 19 of the 2003 Act on the Traveller community.

Of the drastically reduced number of discrimination cases taken to the District Court, the majority were taken by Travellers and only a tiny number of those cases resulted in an order for compensation. It is clear that the 2003 Act has stemmed the flow of discrimination cases against licensed premises by erecting significant procedural, practical and legal obstacles.

The exclusion of Travellers from pubs, restaurants and hotels, deprives them of the opportunity to celebrate life’s important events, such as births, christenings, birthdays and weddings, in the same manner as the wider population, and constitutes effective cultural segregation. The 2003 Act protects a category of respondents from responsibility for unacceptable discrimination to the detriment of some of the State’s most vulnerable communities. It must be urgently repealed. If action is not taken by the Government on foot of this report, we note that IHREC have the power to take own-name proceedings to challenge this regressive law.”

The Department of Justice has already committed to reviewing the Civil Legal Aid scheme. In July 2021, over 40 NGOs joined FLAC in calling for that review to be independent, comprehensive, inclusive and based on human rights and equality standards. However, the Department has yet to provide any details on the nature, scope and timing of the Review which was due to begin in 2020.

“Legal aid is not available in cases of discrimination, harassment, sexual harassment and victimisation heard by the WRC, regardless of the severity of the conduct concerned, the vulnerability of the victim or the complexity of the case.

FLAC has long noted the inequality of arms between victims of discrimination, harassment, sexual harassment and victimisation and the respondents to discriminations cases (employers and providers of goods, services, education and accommodation). The right to equality, as protected under the Equality Acts, the Constitution, European and international law, is meaningless unless the right of access to justice is also upheld, including through access to legal representation.

We are delighted that IHREC echoes our call to extend the Civil Legal Aid scheme to cover discrimination cases, and this must be addressed by the upcoming review of the scheme. That review was announced at the beginning of 2021, with a view to beginning in summer last year. However, we are still awaiting details of this review, its scope and timeline, and we urge the Minister for Justice to prioritise this as a matter of urgency.”

FLAC, as an Independent Law Centre, takes on a number of cases in the public interest each year. These cases are taken on with the aim of benefiting a wider community as well as being important for the individual client. The FLAC legal team also runs a Roma Legal Clinic and provides a Traveller Legal Service. FLAC frequently acts in discrimination cases on behalf of clients of those services.