CJEU strikes down Privacy Shield and finds US law inadequate to protect data of EU residents. EU Court agrees with submissions of US NGO seeking to uphold data privacy rights. 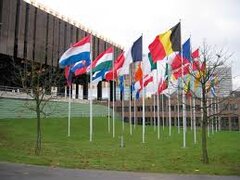 The Court of Justice of the European Union has today issued a Judgement in the case of Data Protection Commissioner v. Facebook & Max Schrems, on privacy protection for transatlantic data transfers in which FLAC represented EPIC, a US NGO, to make expert submissions before the Court concerning data privacy laws in the US.

In today’s judgement the CJEU found that the Privacy Shield decision of the EU Commission is invalid. The decision made a finding that the transfers of personal data relating to EU Citizens from the EU to the US enjoyed an adequate level of protection for the purpose of EU law. The Court found, however that such data could be subject to interference by US authorities for national security reasons, but that such interference was not attended by adequate legal safeguards to provide a level of protection essentially equivalent to that afforded by EU law. In particular it was found that access to the data of EU citizens transferred to the US was not accompanied by safeguards in terms of limitations on access and use and adequate judicial oversight and remedies in respect of wrongful access.

Legal rights group FLAC (Free Legal Advice Centres) represented EPIC, the Electronic Privacy Information Centre, a Washington based NGO, to act as a “friend of the court” (amicus curiae) in this case. As an amicus curiae, EPIC provided the High Court and the CJEU with a comprehensive assessment of the strengths and weaknesses of the US legal system and the protection afforded to the personal data of people resident in the EU, including Ireland, a perspective that was of assistance to both the High Court and the CJEU in assessing the adequacy of US law from a EU data protection perspective.

"As a small NGO with limited funding, which seeks to act as a counter-balance to large business and state interests, Epic needed representation in order to be able to participate, and we in FLAC, as one of the few independent law centres in Ireland, were pleased to support a peer NGO seeking to uphold fundamental rights." – Eilis Barry, FLAC Chief Executive

FLAC decided to represent EPIC in this case as it involves fundamental rights of privacy. FLAC provides representation in cases that have strategic value and that may affect positive social change, whether to vindicate human rights or to improve access to justice in Ireland.

FLAC have long promoted the wider use of the amicus curiae mechanism in the courts, particularly for civil society organisations that have significant expertise gained from front-line work. It can provide the courts with a plurality of legal views and a democratic approach to cases that involve the broader public interest. This case is notable in that the appointment of an NGO as amicus is rare, and rarer still is the appointment of a non-Irish amicus.

FLAC would like to thank barristers Grainne Gilmore and Colm O’Dwyer, SC, for providing representation in this very long complex case.