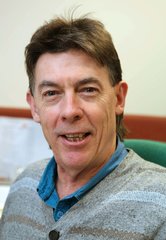 Earlier today the ‘Central Bank and Financial Services Authority of Ireland (Amendment) Bill 2014’, was passed. It had been tabled by Sinn Féin Finance Spokesperson Deputy Pearse Doherty. Deputy Doherty based much of this bill on recommendations for reform set out from FLAC’s 2014 report, ‘Redressing the Imbalance’. The bill had been passed in the Dáil on 23 May.

Welcoming the bill, FLAC Chief Executive Eilis Barry said: “It is very positive that the FLAC’s recommendations on financial services complaints in ‘Redressing the Imbalance’ are  reflected in this new consumer protective legislation. “Redressing the Imbalance researchedlegal protections for consumers of credit and other financial services in Ireland.

FLAC Senior Policy Analyst Paul Joyce said: “The key reform in this new Act is a potential widening of the time to bring a complaint. Up to now, a person had six years from the date of the financial services conduct complained of, regardless of whether they were aware that they actually had a complaint. This Act introduces a new alternative time limit of three years from the date the person making the complaint ‘became aware, or ought reasonably to have become aware of the conduct concerned’.

“The new time limit applies to pensions and ‘long term’ financial products and may be particularly relevant to the mis-selling of products like mortgages and payment protection insurance policies. In practice, it will mean that the right to complain will no longer just be confined to a six year period from when a loan or policy was sold but also three years from when a problem developed with it. In addition the Ombudsman will have a general discretion to allow a longer period where there are reasonable grounds. This should allow complaints that had been previously ruled out because of the six year rule to be readmitted.”

A separate government bill to formally merge the Office of the Financial Services Ombudsman with the Pensions Ombudsman’s Office along with other reforms is also in the pipeline and was considered by the Dáil Select Committee on Finance and Public Expenditure at the end of June.

“FLAC believes that the rights of consumers and effective remedies are part of the broader right of access to justice. This means the state must ensure that consumers have access to fair, accessible and effective redress systems. We welcome this new law as it improves the redress mechanisms and   strengthens the position of consumers making complaints against financial services” added Ms Barry.

Paul Joyce congratulated Deputy Doherty for taking the initiative in putting forward this Bill. “Our overall conclusion in Redressing the Imbalance was that much needed to be done to better safeguard the legal rights of consumers when availing of financial services and when making complaints against providers. Our report has already led to a number of changes in FSO procedures and both this and the forthcoming merger legislation will introduce further reforms. Our report has a raft of other reform proposals to strengthen consumer protection and FLAC is keen that they be taken up. There remains a need for a wider review of consumer protection standards for users of financial services,” he commented.