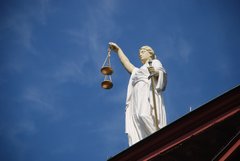 Community Law & Mediation (CLM) and FLAC (Free Legal Advice Centres) today raised concerns on the content of the Social Welfare Bill 2016, calling also for adequate time to be given for thorough debate and scrutiny of this important legislation which affects the lives and basic living standards of many of the most vulnerable people in the State. “The Minister for Social Protection said on Budget Day that the government wants to ‘ensure that the recovery benefits everyone and nobody is left behind’. Unfortunately this Bill as it is currently framed will continue to leave people behind, which is why we are calling for significant changes in it,” saidFLAC Chief Executive Eilis Barry.

Under the Bill, inequalities between young people aged under 26 and those over 26 will deepen. “Young jobseekers aged 18 to 24 will be entitled to a weekly payment of €102.70, while those aged 25 will get €147.80, in comparison to the full increased payment of €193. The government seems to assume that all young people have family support mechanisms, or do not need extra supports. We are worried that young people in difficult circumstances – minority youth, victims of domestic violence - are at higher risk of homelessness in an overheated rental market. We are therefore calling for an equal social welfare rate across all groups,” said Ciaran Finlay, FLAC Legal & Policy Officer.

FLAC and CLM also expressed concerns regarding the need for a provision in the Bill requiring employers to provide information on employees for the purpose of determining entitlement to Child Benefit claims payable in accordance with EU Regulations. “The necessity for such a measure is unclear given the responsibility on all social welfare applicants to prove to the Department of Social Protection that they qualify for the payment they are applying for and the availability of information to the Department regarding social insurance contributions. We await more information from the Department concerning the necessity of this measure,” said CLM CEO Rose Wall.

CLM and FLAC highlighted that once again, those living in Direct Provision had once again not received any increase in allowance, despite the state granting increases in all other social welfare payments. Asylum seekers living in Direct Provision continue to receive €19.10 per adult and €15.60 per child weekly, despite the McMahon report recommendations and calls from the UN to address this situation. “We are calling on the government to meet basic human rights standards and put the Direct Provision allowance on a statutory basis in this bill, so that we do not have this bypassing of this extremely vulnerable group every year,” said FLAC’s Eilis Barry.

The two organisations also voiced concerns around the abolition of Mortgage Interest Supplement. “The government has stated many times its wish to keep people in their homes as long as possible and clearly there remains a crisis in social housing for those who are forced to leave their home. It is therefore hard to understand why the supplement cannot be retained as a temporary, targeted measure for people who need a short-term support to maintain their family homes,” said CLM’s Rose Wall.

The groups also said Ireland’s social welfare appeals system must be based on international human rights standards of transparency, fairness and the right to an effective remedy, and called for the Social Welfare Appeals Office to be placed on a statutorily independent footing rather than under the aegis of the Department of Social Protection.

UPDATE: The Bill will be debated at second stage in the Dail chamber on Thursday morning, 17 November 2016.