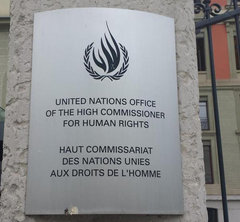 A top UN body has criticised the Irish state for its response to the economic and financial crisis in cutting public expenditure, especially in housing, healthcare, social security and education, with disproportionate impact on vulnerable groups.

The UN Committee on Economic, Social and Cultural Rights today issued its Concluding Observations on the state’s performance over the past decade. Earlier this month it questioned an Irish government delegation led by Minister of State Sean Sherlock on how Ireland is meeting its obligations under the International Covenant, a treaty on human rights to which Ireland is a signatory since 1989.

Welcoming the Committee’s observations, FLAC (Free Legal Advice Centres)  Director General Noeline Blackwell noted its grave concerns at the consequences of austerity measures in Ireland, with a focus on groups most impacted, some of whom had already been severely disadvantaged before the recession and some who were made poor during it.

“The Committee makes strong recommendations for state action on adequate housing to protect people’s right to a secure home, right from an adequate supply of social housing through to rent controls to better regulation of banks in relation to mortgages – all part of the continuum of basic housing rights,” said Ms Blackwell.

“The Committee highlights problems in the protection of rights across all the areas covered by the Covenant. This is a comprehensive blueprint for government action; we are very grateful to the Committee for the enormous work they have done in considering the wealth of state and civil society evidence presented to them.

“Civil society groups expect the government to take this objective assessment from the most important UN expert body in this area very seriously. Ireland has signed up to and agreed to the jurisdiction of these UN experts to consider such key matters. It is now incumbent on the state to consider and implement the recommendations - or in the alternative, to demonstrate why it is not suitable to implement them,” she concluded.

As a human rights organisation promoting equal access to justice, FLAC was particularly happy to see strong recommendations from the Committee around measures that will help make state systems and access to remedies more accessible and transparent. These included expanding the remit of the civil legal aid scheme, more consistent and transparent decisions on social welfare appeals at first instance, an independent appeal mechanism for borrowers in mortgage arrears and an effective complaints mechanism for local authority tenants.

FLAC had travelled to Geneva on 8 June as part of a civil society delegation voicing concerns to the Committee on the protection of basic human rights in Ireland. Through its Public interest Law Alliance, FLAC had coordinated a Parallel Report called ‘Our Voice, Our Rights’ which summarised evidence submitted by more than 80 Irish civil society organisations on how rights in health, education, housing, social security, family life, cultural life were being protected on the ground.

The UN Committee strongly recommends that the State upgrade its infrastructure for implementing, promoting and monitoring its progress on realising rights, such as better and disaggregated data collection and a wider jurisdiction of the Irish Human Rights and Equality Commission on all areas of rights.  In particular, it stresses that austerity measures must be temporary, proportionate and only implemented where strictly necessary; it says all state policies should be proofed for possible impact in terms of inequality and discrimination and to ensure compliance with human rights standards; and that the state must identify a minimum social protection floor for all Covenant rights, to be protected at all times.