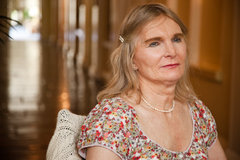 FLAC (Free Legal Advice Centres)  welcomes the award of the prestigious European Citizens Prize for Ireland to Dr Lydia Foy to honour her 22-year struggle for legal recognition in her female gender and for the right of all Transgender persons in Ireland to recognition in their preferred/true gender.

The European Citizens Prize is awarded each year to individuals or groups in each European country for exceptional achievements in promoting social integration and European values.

Lydia Foy has been honoured for raising awareness of the hardship and suffering experienced by the Transgender community in Ireland and for bringing about the introduction of the Government’s Gender Recognition Bill, which will finally provide long overdue recognition of Transgender persons.

It is particularly fitting that Dr Foy should be awarded this prize on the day when the Government announced the amendment of the Gender Recognition Bill to remove two clauses which were resisted by the Trans community, thus making it much more acceptable to that community.

Dr Foy was nominated for the European Citizens Prize by Dublin MEP Lynn Boylan and supported by her three Sinn Fein colleagues.  She was represented throughout her 18-year legal battle by FLAC.