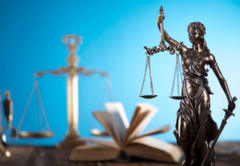 The High Court has, this morning, refused judicial review proceedings taken by Mr Johnny O’Meara and his three children which challenged their exclusion from the Widow’s, Widower’s or Surviving Civil Partner’s Contributory Pension Scheme. Mr O’Meara and his partner of over two decades, Ms Michelle Batey, planned to marry after her recovery from breast cancer in 2020. However, in January 2021, Ms Batey tragically died after contracting Covid-19.

Mr Justice Heslin noted that, “the applicants’ pain is unimaginable to those who have not experienced such loss… All 4 applicants were present in court throughout the hearing, this loss as well as their deep love and concern for each other was evident”. He also recognised that “most people in Irish society would, without hesitation, regard [Mr O’Meara, Ms Batey and their children] as a ‘family ”:

“As commonly understood in modern Irish society there are many forms of family and ‘family unit’, and the family unit where the relevant adults have made a choice not to marry makes a valuable contribution to Irish society, insofar as its bonds are those of mutual love and affection, care and support. Doubtless this description applies to [Mr O’Meara’s] relationship with his late partner and, indeed, to the family unit which now comprises of all the applicants in these proceedings, for which this court has nothing but respect.”

However, Mr Justice Heslin decided that, for reasons including “the special place of marriage in the Constitution”, the legislation was not contrary to Constitution’s equality guarantee and that he could not interfere with the apparent aim of the legislation to support and promote marriage.

The 2016 census showed that there are over 75,000 cohabiting couples in Ireland with child dependents. The Social Welfare (Surviving Cohabitant’s Pension) Bill 2021 aims to address the absence of provision in social welfare law for such families in the event of a bereavement.

“While the outcome in this case is disappointing, it highlights the lack of protection in Irish law for families such as Mr O’Meara and his children.

While we carefully consider this decision, it is worth noting that the Oireachtas may at any time introduce legislation to address the situation that our clients and many other families are left in, and to provide them with meaningful equality under the law. The Constitution’s protection of the institution of marriage does not pose any barrier to the introduction of such legislation.”

“This is yet another decision of the Superior Courts which illustrates the weakness of our constitution in promoting equality and protecting socio-economic rights. These decisions raise significant questions as to whether the Constitution’s equality guarantee is fit-for-purpose.

The Constitution’s frailties are mirrored in legislation such as the social welfare code. That legislation, along with Ireland’s equality legislation, has not kept pace with society’s increasing recognition of diverse families. In an increasingly diverse society, this a matter of urgent concern.

These concerns should be address through the adoption of the 2021 Bill, and in the context of the ongoing review of Ireland’s equality legislation.

FLAC (Free Legal Advice Centres) is an independent Irish human rights and equality organisation, which exists to promote equal access to justice. As an Independent Law Centre, FLAC takes on a number of cases in the public interest each year. These cases are taken on with the aim of benefiting a wider community as well as being important for the individual client.

The Review of the Equality Acts: In June 2021, the Minister for Children, Equality, Disability, Integration and Youth announced that his Department would conduct a comprehensive review of Ireland’s equality legislation. This will constitute the first full review of the Equal Status Acts and Employment Equality Acts since their introduction over twenty years ago.