FLAC welcomes settlement of case regarding eviction proceedings against a Traveller Family by Dublin Airport Authority. 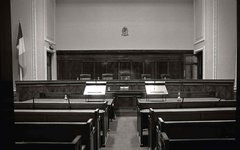 The FLAC Traveller Legal Service today welcomes the resolution of proceedings taken against its client by Dublin Airport Authority.

These proceedings underline the importance of access to legal representation for members of the Traveller community, who would otherwise be excluded from access to justice.

FLAC’s Traveller Legal Service was glad to represent its client in proceedings which sought to have her and her children removed from their home near Dublin airport via an urgent injunction application. These applications are legally complex, subject to tight timelines, expensive to defend and are largely excluded from the civil legal aid scheme.

In the absence of State funded legal aid, a case such as this could be decided without a defendant ever being heard in Court. FLAC has campaigned for many years to have this exclusion under the Civil Legal Aid Act, as it relates to evictions and the family home, removed. This case demonstrates the importance of having legal aid available in such cases.

FLAC are happy with the resolution that has been reached and are satisfied that serious consequences have been avoided for our client.

The details of the settlement remain confidential.