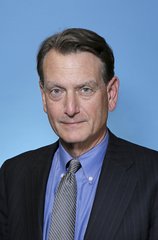 The Council and Staff of FLAC cordially invite you to the Twelfth Annual Dave Ellis Memorial Lecture which will be delivered by Mr. Marc Rotenberg, President of the Electronic Privacy Information Center (EPIC), a Washington based privacy NGO at the Pillar Room, Rotunda Hospital, Parnell Square, Dublin 1 on Thursday 13th December, 2018 at 6pm

Registration from 5.30pm with tea & coffee on arrival. A reception will follow the lecture

Attendance is free but as space is limited pre-registration is essential. Please register by emailing Caroline Smith at events@flac.ie or by phoning 01 887 3600.

If you require sign-language interpretation or other assistance, please let us know as soon as possible so that we can make the appropriate arrangements. The venue is wheelchair accessible.

Marc Rotenberg is President and Executive Director of the Electronic Privacy Information Center (EPIC) in Washington, D.C. He teaches at Georgetown Law and frequently testifies before Congress on emerging privacy and civil liberties issues.

EPIC has also recently established the Universal Guidelines for Artificial Intelligence, a new human rights framework with the support of 200 experts and 50 NGOs.

In 2016 the Irish High Court appointed EPIC to act as a “friend of the court” (amicus curiae) in the case of Data Protection Commissioner V Facebook Ireland & Schrems, on the grounds that it would be in a position to offer a counterbalancing perspective from the US government, also joined as an amicus curiae, and bring to bear an expertise which might not be otherwise available to the court. The case concerns the rights to privacy and data protection of people throughout Europe. FLAC continues to represent EPIC in this litigation as part of its strategic litigation programme.

There is no charge to attendance the Dave Ellis Memorial Lecture. However, if you would like to make a donation to support FLAC's work to promote equal access to justice, it would be greatly appreciated.