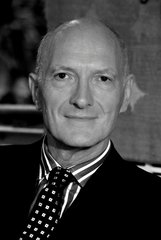 The Council and Staff of FLAC cordially invite you to the 10th Annual Dave Ellis Memorial Lecture which will be delivered by Justice Edwin Cameron at The Pillar Room, Rotunda Hospital, Parnell Square, Dublin 1 on Wednesday 7 December at 6pm.

Registration from 5.30pm with tea & coffee on arrival. The lecture will focus on Access to Justice and will be followed by a reception.

Attendance at the lecture is free and open to all but, as places are limited, pre-registration is essential.