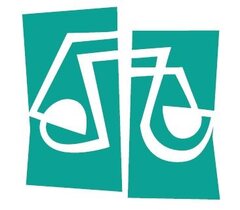 Legal rights organisation FLAC has voiced serious concerns in relation to the Gender Participation Policy recently adopted by the Irish Rugby Football Union (‘IRFU’). The policy provides for a blanket ban on participation in women’s rugby by trans women which may give rise to instances of exclusion from the sport. This may amount to unlawful discrimination contrary to the Equal Status Acts 2000-2018.

In FLAC’s view, the policy also raises a number of concerns in relation to the human rights of trans participants in the activities of the IRFU, including their rights to privacy, data protection, dignity and bodily autonomy.

While the Equal Status Acts allows for different treatment on the basis of gender in the context of sporting events, this exception only applies where the treatment can be shown to be reasonably necessary in the context of a given event. The exception, therefore, does not appear to permit a blanket policy of this kind which, by its nature, excludes an event-specific decision in relation to the participation of a trans person.”

FLAC is a member of Trans Equality Together and supports their call for the immediate suspension of the implementation of the policy.

“The IRFU receives significant financial support from the State. It is imperative that the Government and relevant Ministers (including the Minister for Equality and the Minister for Sport) take all measures necessary to ensure that such organisations comply with equality law and ensure that the human rights and dignity of all those involved in their activities are upheld.

In this regard, we would note the power of the Minister for Equality to refer serious or systemic violations of equality or human rights law to the Irish Human Rights and Equality Commissions (IHREC) in order for that body to conduct an independent inquiry.

We urge the IRFU to immediately consult on its policy with the trans community and seek the views of IHREC as to how it might be equality proofed to better protect the rights of trans people.”

Notes to the Editor:

FLAC has established a pilot LGBTQI+ free legal clinic in order to meet the specific needs of the gay and trans community.

FLAC are a proud member of Trans Equality Together, an Irish coalition working to create an Ireland where trans and non-binary people are equal, safe & valued.

The Equal Status Acts 2000-2018 prohibit discrimination on a number of grounds, including gender, in the provision of goods and services. The definition of ‘services’ within the legislation is broad and has been interpreted to include the organisation of sporting events and the activities of organisations such as the IRFU.

EU law requires that the prohibition of discrimination on the basis of gender extends to the protection of transgender people, to the extent that the prohibition applies (at least) to persons undertaking a gender confirmation process (as well as persons who have undergone such a process and persons who intend to).  The protected ground of gender under the Equal Status Acts has been interpreted so as to prohibit discrimination against transgender people, to the same extent as the EU Equality Directives.  Therefore, to the extent provided for by EU law, the Equal Status Acts prohibit differential treatment on the basis that a person is transgender.

Section 5(2)(f) of the Equal Status Acts creates an exception to the general prohibition of “differences in the treatment of persons on the gender, age or disability ground or on the basis of nationality or national origin in relation to the provision or organisation of a sporting facility or sporting event”. However, this exception only applies “to the extent that the differences are reasonably necessary having regard to the nature of the facility or event and are relevant to the purpose of the facility or event”.

The exception at section 5(2)(f) of the Equal Status Acts may only be invoked, therefore, where it can be shown that a difference in treatment on the basis of gender (including differential treatment of a trans person) is reasonably necessary by reference to the nature of a specific event.

The Review of the Equality Acts

In June 2021, the Minister for Children, Equality, Disability, Integration and Youth announced that his Department would conduct a comprehensive review of Ireland’s equality legislation. This will constitute the first full review of the Equal Status Acts and Employment Equality Acts since their introduction over twenty years ago. The Programme for Government commits to “amend the gender ground in equality legislation, to ensure that someone discriminated against on the basis of their gender identity is able to avail of this legislation”.

FLAC believes that gender ground in the equality legislation should be extended to include an explicit prohibition on discrimination based on gender identity, gender expression and sex characteristics.