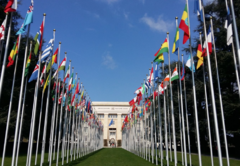 The United Nations Human Rights Council has just published its report on foot the recent review of Ireland’s Human Rights record through the Universal Periodic Review mechanism (UPR). In its response to that report, Ireland has accepted over 200 recommendations arising from the review, including recommendations in relation to the promotion of equality (including for vulnerable groups such as Travellers and Roma) and the elimination of discrimination and racism. Regrettably, the State has declined to accept several recommendations which call for the introduction of legislation prohibiting racial profiling by An Garda Síochána.

Notably, the State has accepted four recommendations in relation to the State’s system of Civil Legal Aid. The Department of Justice has already committed to reviewing the Civil Legal Aid scheme. In July 2021, over 40 NGOs joined FLAC in calling for that review to be independent, comprehensive, inclusive and based on human rights and equality standards. FLAC repeated this call in its engagement with the UPR process. However, the Department has yet to provide any details on the nature, scope and timing of the Review which was due to begin in 2020.

“The deficiencies in Ireland’s system of Civil Legal Aid have once again been highlighted at an international level. However, Ireland’s acceptance of the UPR recommendations in relation to legal aid is to be welcomed, particularly the State’s commitment to a ‘comprehensive and independent’ review of the Civil Legal Aid scheme and to broaden efforts to ensure vulnerable groups can ‘fully access justice’ including in relation to social welfare and equality issues.

In light of this, it is now incumbent on the Department of Justice to begin the long-awaited review of the Civil Legal Aid scheme and, in doing so, to implement the UPR recommendations, as well as the recommendations of UN Treaty bodies, in relation to legal aid.

The acceptance of several recommendations in relation to equality and non-discrimination is also to be welcomed. FLAC is particularly pleased that the State accepted several recommendations in relation to the rights of Travellers and Roma (as advocated for by FLAC in our engagement with the UPR process). This includes the acceptance of recommendations to improve ‘implementation of laws against discrimination’ and to ‘step up efforts to address homelessness and shortcomings in access to adequate housing, particularly for Travellers and Roma communities’. Again, those recommendations must be urgently implemented in the context of the ongoing Review of the Equality Acts, through the adoption of a new National Traveller and Roma Inclusion Strategy and the forthcoming National Action Plan Against Racism.”

Ireland received recommendations from four countries calling for the introduction of legislation to prohibit racial profiling and the introduction of an independent complaints mechanism for the investigation of racial profiling. In rejecting these recommendations, the State refers to An Garda Síochána’s non-discrimination policies and the availability of an individual complaints mechanism via GSOC.

FLAC has repeatedly highlighted allegations of discriminatory profiling of Travellers by An Garda Síochána which have come to light through our case work, and have noted that GSOC cannot investigate systemic issues. In a submission to the Independent Anti-Racism Committee, FLAC called for legislative measures that would allow individuals, or groups representing their interests, to make complaints through the Workplace Relations Commission in relation to discrimination, including discriminatory profiling, that would allow for such allegations to be investigated and remedied independently.

The UN Human Rights Council UPR Working Group now joins international human rights bodies such as the UN Committee on the Elimination of Racial Discrimination (UNCERD) and the European Commission against Racism and Intolerance (ECRI) in calling for Ireland to introduce legislation to prohibit racial profiling by An Garda Síochána.

The State’s continued refusal to introduce legislation to prohibit racial profiling flies in the face of our human rights obligations, as well as the rights of Travellers, Roma and minority ethnic and migrant communities who are subject to this insidious form of discrimination. The State should urgently reverse its position on these recommendations and agree to introduce legislation to prohibit racial and discriminatory profiling by State bodies, including An Garda Síochána.”

FLAC, as an Independent Law Centre, takes on a number of cases in the public interest each year. These cases are taken on with the aim of benefiting a wider community as well as being important for the individual client. The FLAC legal team also runs a Roma Legal Clinic and provides a Traveller Legal Service.

In November 2021, Ireland was reviewed as part of the third cycle of the United Nations’ Universal Periodic Review (UPR) mechanism, at the 39th session of the UPR Working Group. The UPR is a “peer review” of the Human Rights record of each Member State of the United Nations.  The UPR is a valuable opportunity to assess Ireland’s human rights record and its fulfilment of its human rights obligations.

FLAC engaged with the UPR process in two ways. In March 2021, FLAC made a “Stakeholder Submission” to the Office of the UN High Commissioner for Human Rights. FLAC’s UPR submission is available here: https://www.flac.ie/publications/flac-submission-to-the-office-of-the-united-nation/

In May 2021, FLAC made a submission to the Department of Children, Equality, Disability, Integration and Youth’s consultation on the Ireland’s National Report to the UPR. That submission is available here: https://www.flac.ie/publications/flac-submission-to-the-department-of-children-equa/

In both submissions, FLAC focused on updates and developments in areas which are most relevant to our work on access to justice: Equality, Social Welfare, Issues affecting Travellers and Roma, and Civil Legal Aid.

The report of United Nation Human Rights Council Human Rights UPR Working Group on the outcome of Ireland’s most recent review (and all UPR recommendations) is available here: https://undocs.org/A/HRC/49/18

The State’s response to that Report is available here: https://undocs.org/A/HRC/49/18/Add.1