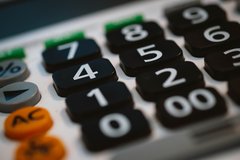 Eilis Barry, Chief Executive of the Free Legal Advice Centres, has criticised the series of differing and confusing explanations provided by the Government in an attempt to justify the retrospective taxation of the PUP payment. Her comments come after the Minister for Social Protection stated on the News at One programme that “we have always been clear that this payment would be treated as income by Revenue, similar to Jobseeker’s Allowance” and that the retrospective nature of the legislation pursuant to which the PUP has been taxed “is a matter for Revenue”.

Firstly, it is important to point out that Jobseekers Allowance is not subject to tax, as it is a means tested payment.

Secondly, if it was clear from the outset that the PUP would be subject to tax, as the Ministers have claimed, there would have been no need for enactment of section 3 of the 2020 Act.

“The Minister stated today that it was clear from the outset that the PUP would be treated as income by Revenue. The reality is that most statutory social welfare payments are categorised as income by Revenue but payments such as Jobseeker’s Allowance and Supplementary Welfare Allowance are specifically exempt from being taxed regardless of this categorisation. Legislation underpinning the PUP was only introduced in August 2020 and at that time deemed it for legal purposes to be an Urgent Needs Payment, a form of Supplementary Welfare Allowance which is also explicitly exempt from income tax.

It is also wrong of the Minister for Social Protection to claim that the retrospective taxation of the PUP is a matter for Revenue. The taxation of the payment was brought about by legislation and Revenue has no discretion in that regard as it must implement the legislation as passed. FLAC’s concerns in relation to this issue were outlined to Government well in advance of that legislation’s enactment.

FLAC issued a Briefing Note to members of the Oireachtas in November 2020 (in advance of the enactment of the Finance Act 2020) which highlighted that PUP claimants (who were entitled to rely on the official information published in relation to the payment) could not have been aware that the payment would be subject to taxation. The note also raised FLAC’s concerns that the retrospective taxation of the Covid PUP may not accord with the constitutional protection of citizen’s property rights.

“Today’s interview on New at One represents the latest in a series of contradictory and confusing explanations from Government in relation to this matter which have no basis in law. The Minister of State at the Department of Finance, Sean Fleming TD, has previously incorrectly claimed that section 3 of the 2020 Act is not retrospective in nature and that the legislation in place at the time of the PUP’s introduction meant that it was always going to be subject to income tax. Further, in debating a separate provision of the Finance Act, the Minister for Finance endorsed the principle that ‘changes to tax law are generally made on a prospective basis such that they apply only from the date on which they have legal effect’ but has refused to apply this principle to the taxation of the PUP.

Ironically, when I wrote last year to the Minister for Finance to set out FLAC’s concerns at section 3 of the Finance Act 2020, his office responded by redirecting me to the office of the Minister for Social Protection.”

The payment was only made subject to income tax by section 3 of the Finance Act 2020. Section 3 also provided that this measure would apply, on a retrospective basis, to claims for the PUP from 13 March 2020. FLAC has repeatedly outlined its concerns as to the fairness and constitutionality of the retrospective nature of this piece of legislation.

It is incumbent on the Government to acknowledge that claimants of the PUP could not have been aware that the payment would be subject to tax on its introduction, and that this appeared to be put beyond doubt when the PUP was placed on a statutory footing in August 2020, but that this position was reversed in December 2020, when it was decided to make the PUP subject to tax on a retrospective basis by way of further legislation. They should also seek immediate advice as to the constitutionality of this measure and take heed of the stress and confusion that has been caused to date.”