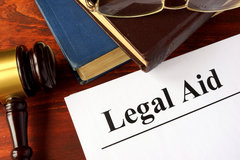 FLAC (Free Legal Advice Centres) welcomes the decision of the Minister for Justice and Equality, Charlie Flanagan TD, to abolish the financial contribution requirement for civil legal aid for people affected by domestic violence in the District Court from 1 January. FLAC, the Law Society and a number of domestic and international human rights groups had been campaigning for some time for its abolition.

Speaking about the decision, FLAC Chief Executive, Eilis Barry said: “FLAC welcomes Minister Flanagan’s decision. It is really important that this change has come in advance of the enactment of the new Domestic Violence legislation. This decision should allow more people to avail of the new protections afforded in the Domestic Violence Bill 2017.”

Ms. Barry said “Contrary to popular belief, while those who qualify for civil legal aid are subsidised, there is a strict means test and the service is not free. Fees range from €30 for those seeking legal advice, to a charge of €130 for legal representation. These costs disproportionately affect people who are already experiencing financial disadvantage and can be a significant barrier to legal representation. They are particularly onerous for anyone on the minimum rates of social welfare. The abolition of the requirement to pay fees in domestic violence cases removes a barrier to receiving protection from abuse through the court.”

She added “The Legal Aid Board, Minister for Justice and Equality, Charlie Flanagan TD, and former Tánaiste and Minister for Justice, Frances Fitzgerald had all indicated that they were in favour of the financial requirement being changed. However, nothing had happened in this regard until today.”

“The Legal Aid Board is a central component in the administration of Justice and the rule of law and this needs to be recognised in its budgetary allocation. The Department of Justice and Equality should review the allocation of financial and human resources to the Legal Aid Board on the introduction of any new legislation that is likely to impact on civil legal aid services, such as the Domestic Violence Bill 2017”, said Ms. Barry

The Courts Service Annual Report 2016 showed that there were 15,227 applications to the District Court under domestic violence legislation. Once enacted, the new Domestic Violence Bill 2017 will expand the number of people who can apply for domestic violence orders and will likely place additional demands on the Legal Aid Board services.

FLAC is a human rights organisation which exists to promote equal access to justice or all. As an NGO, FLAC relies on a combination of statutory funding, contributions from the legal professions and donations from individuals and grant-making foundations to support its work. FLAC offers basic legal information through its telephone information line (1890 350 250). Free legal advice is available through a network of volunteer evening advice centres – more at www.flac.ie/help/. It also campaigns and does policy & law reform work on a range of issues including consumer credit, personal debt, fairness in social welfare law, public interest law and civil legal aid. 237 people contacted FLAC’s information line with domestic violence queries in 2016, while 398 people attended FLAC advice clinics, which are run in conjunction with Citizen Information Centres, in relation to domestic violence.