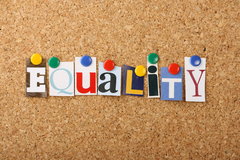 FLAC today welcomed the finding of the Workplace Relations Commission (WRC) that three tenants had been discriminated against by their landlord when the landlord refused to facilitate their access to the Housing Assistance Payment (HAP).

The scope of the Equal Status Acts, which prohibit discrimination in the provision of goods and services, was expanded from January 2016 to prohibit discrimination in the provision of accommodation based on a person’s eligibility for housing assistance. This includes rent allowance or the Housing Assistance Payment (HAP) or any payment under the social welfare acts. To date there had been no determination by the WRC as to whether the new ground extended protection to existing tenants who become entitled to social housing support during the course of their tenancy.

Three almost identical cases were brought against the same landlord to the WRC and heard together.  The landlord contended that it was not obliged to accept HAP as the new law did not apply to existing tenants. FLAC acted for all three complainants, identified as Tenant A, B and C. The tenants were referred to FLAC by a Citizens Information Centre who assisted the tenants in lodging their complaints with the WRC and advocated on their behalf. The cases were heard together in March this year and it was contended on behalf of the tenants that the protection under equality legislation extended from the pre-tenancy phase through to the ultimate termination of the tenancy, and that the legislation would be ineffective if it did not protect sitting tenants. The decision of the WRC clarifies that the protection from discrimination extends to not only prospective tenants but also sitting tenants.

“This decision by the WRC is very significant as it clarifies not only that landlords cannot reject prospective tenants eligible for the housing assistance payment solely on that basis, but also that the new housing assistance equality ground also applies to existing tenancies.” explained FLAC Chief Executive Eilis Barry.

“In this case, our clients were all under severe financial pressure and one client was borrowing from relatives to meet their rent obligations. They were advised by the local authority that they were eligible for HAP, which would have reduced the impossible financial pressure on each of them as low income families. However, the landlord declined to accept the new arrangement, saying they were not required to do so and repeatedly refusing to complete the necessary paperwork, although there was no financial loss to the landlord in doing so, and the rent would, from that point onwards, be paid automatically by the State.” explained FLAC Managing Solicitor, Sinead Lucey.

Ms Lucey continued: “This case makes clear that tenants who are entitled to housing assistance to meet the cost of their rented accommodation can feel more secure in asserting their right to avail of such financial assistance. The awards made in these three cases are significant and should send a strong message to landlords that to refuse to facilitate tenants with access to social housing supports including rent allowance and HAP, may have serious consequences.”

In her decision, the WRC Adjudication Officer said it was difficult to understand the landlord’s attitude towards what she described as ‘model’ tenants who had always paid rent and honoured the terms of their tenancy agreements. She outlined the various benefits of the payment from the perspective of not only the tenants, but also the landlord. She stressed that the applicable law must be followed by all parties: “Overall and quite simply, the Equal Status Acts compels compliance by all those who may be subject to its provisions including landlords and their agents, just as they are bound by any other applicable Statute including the Residential Tenancies Acts and Housing (Miscellaneous Provisions) Act 1992 and any Regulations made under same.”

The Adjudication Officer found that the discrimination was on the more serious end of the scale, causing considerable financial hardship to each of the tenants who were awarded the sums of €14,977, €13, 365 and €14,405 each and ordered the landlord to take such steps as are required to enable each of the tenants to participate in the HAP scheme and accept HAP payments from the relevant local authority forthwith.