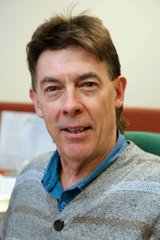 The latest data on mortgage arrears released by the Central Bank confirms that worrying trends continue where family homes are in mortgage arrears. Legal rights group FLAC highlighted that repossession data shows over 5,000 homes repossessed over the last four years.

“With the Quarter 4 figures for 2016, we now have four full years of data on repossession in Ireland. Since 2013, a total of 28,917 new repossession cases have been brought, and 5,306 family homes have been repossessed through court orders or by voluntary surrender during this time,” noted FLAC Senior Policy Analyst Paul Joyce.

“We also know that a substantial number of cases have been struck out or withdrawn but it is worrying that there is no figure provided for the number of repossession cases currently before Circuit Courts. What is clear is that many such cases have been in the system for some time and the households involved are at serious risk of repossession. FLAC believes that this information is necessary to understand the scale of the issue facing such households and should be made available,” he said.

While overall arrears continue to fall, FLAC (Free Legal Advice Centres) is concerned that there is limited progress in tackling longer term arrears cases. Although the number of accounts in arrears for over two years has decreased from 34,551 to 33,447, Mr Joyce noted that the average arrears amount on these accounts increased from €63,611 to €65,895 over the last quarter of 2016.

Significantly, vulture funds are increasing their share of impaired mortgage accounts, particularly those which are in deep, longer-term arrears. Vulture funds now own over 15% of the accounts in arrears over two years, up from 11% in the previous quarter.

“The rate of failure in restructures is another worrying trend,” said Mr Joyce. “Almost 1,400 split mortgage arrangements are failing to meet the terms of the arrangement, and the failure rate for capitalisation of arrears is 22.5%, almost a quarter. This indicates that unrealistic restructuring arrangements are being made, with most lenders continuing to avoid the write-down of the mortgage to a sustainable level.

“FLAC believes lenders must consider all available restructuring options, including mortgage write-down where appropriate, if the aim is to keep as many people in their homes as possible,” he concluded.

Repossession activity in the quarter

Restructuring activity in the quarter