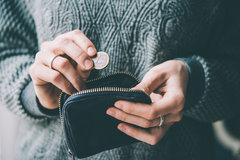 Legal rights group FLAC today said that while it welcomed the basic welfare increases that will benefit many vulnerable segments of society in Budget 2017, it regretted that systemic weaknesses with our budgetary process remain.

The independent human rights organisation welcomed greater supports for older persons, carers and families with young children, many of whom suffered disproportionately under austerity. In particular theextension of medical cards to recipients of Domiciliary Care Allowance will ease the situation of many families in serious need, as will greater supports for childcare.

FLAC also welcomed increased funding for the Legal Aid Board, which will receive €4m extra next year, including €2.4m dedicated to the new legal aid scheme for insolvent borrowers in mortgage arrears. Both of these measures were key recommendations in FLAC’s 2016 report, Accessing Justice in Hard Times.

However Legal & Policy Officer Ciaran Finlay reiterated FLAC’s long-standing concerns regarding the budgetary process itself. Despite pledges in the Programme for Government, there remains a lack of transparency and accountability around how budget decisions are made, said Mr Finlay, commenting: “Most people would like to see a budgetary process across all government departments and structures that can stand up to fair and objective scrutiny.

“FLAC and other groups have proposed a human rights-based approach to the budgeting process which would mean setting objective standards to allow people in Ireland to live in dignity. This means guaranteeing a basic level of subsistence that enables everyone to live in dignity, to avoid retrogressive measures to the greatest extent possible and to use the maximum resources available to it to progressively realise basic rights like health, housing, education and social security.

“It is disappointing that the Departments of Finance and Public Expenditure & Reform have not published human rights and equality statements alongside their Budget 2017 statements, especially in view of the new Public Sector Duty. Reform has been promised, but the necessary structural changes must come very soon if we want to see a truly transparent, participatory and accountable budget in 12 months’ time,” said Mr Finlay.

The organisation also noted that Budget 2017 continues the policy of lower welfare payments for people aged under 26, which FLAC has highlighted as unfair. “In a budget that is clearly seeking to address the housing crisis, FLAC is concerned that these lower payments are increasing the vulnerability of young people to homelessness, particularly those who are already disadvantaged and without family supports,” he concluded.