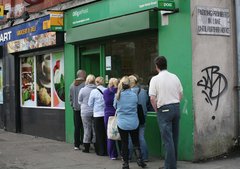 A new report reveals that a high number of social welfare decisions are being overturned on appeal, prompting concerns around the original refusal of welfare payment applications. The information comes from the Annual Report 2015 of the Social Welfare Appeals Office, the body responsible for handling social welfare appeals nationally.

Responding to the report, legal rights group FLAC (Free Legal Advice Centres) expressed concern that the success rate on appeal remains high at almost 60% of the total 25,406 appeals decided in 2015. FLAC Legal & Policy Officer Ciarán Finlay said the figure indicates a potential problem with decision-making by welfare officers on initial applications, something FLAC has flagged over the past number of years.

“In some 5,200 cases, the original decision-makers in the Department of Social Protection revised their own initially negative decision, which represents more than 20% of all appeals decided in 2015,” he noted.

FLAC welcomed the Appeals Office’s progress on efficiencies, with average processing times falling from 24.2 weeks in 2014 to 20.9 weeks in 2015, but said more work remained to be done to address delays in decisions on payments which were often the sole form of income for vulnerable people. Commented Mr Finlay: “We are particularly concerned by the average processing time of 18 weeks for appeals on Supplementary Welfare Allowance, a payment designed as a safety net for those with no income.”

FLAC drew attention to concerns expressed by the UN Committee on Economic, Social and Cultural Rights in June 2015 at the high number of initial decisions overturned at the appeals stage. The UN Committee recommended that appeals be decided in a consistent and transparent manner and that appropriate training be provided to decision-makers at first instance.

“FLAC appreciates the Chief Appeal’s Officer’s comments that her Office will make quality and consistency in decision-making a priority for 2016. Better first-instance decision-making could reduce delay, bureaucracy and spending. However, higher consistency and quality in decisions can only be achieved through enhanced training for Department officials making decisions on initial applications as well as the creation of an appeals database,” said Mr Finlay.

“The fact that decisions on social welfare appeals are not published routinely means that people appealing decisions are also forced to work in an information vacuum and are unclear how cases are decided. It is worth remembering that people cannot access state legal aid to advise and assist them in what can be a very complicated process,” he concluded.

FLAC is calling on the new government to make reform of the social welfare appeals system a key priority for the next Dáil. FLAC’s key report on the appeals system, Not Fair Enough, made the case for thorough reform based on human rights standards of transparency, fairness and access to an effective remedy. As well as calling for a database of appeals decisions, other key proposals were to place the Appeal’s Office on a statutorily independent footing, to establish a system for prioritising urgent appeal cases and to make civil legal aid available for appeals hearings.