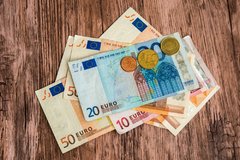 Legal rights group FLAC welcomed yesterday’s announcement by the Tánaiste and Minister for Social Protection Joan Burton that her Department plans a review into the impact of lower social welfare payments on young people aged under 26, stating the current situation where young people are paid a reduced rate of assistance left many at risk of poverty and put them well under the state’s own minimum income limit.

FLAC called for the review to be carried out as a matter of urgency and for there to be full consultation with all those affected.

FLAC Director General Noeline Blackwell commented: “Young people have been disproportionately affected by the economic crisis. They have been particularly hard hit in the area of unemployment, which has led to greater need amongst this cohort for social welfare payments. However, as a result of these unfair measures, people aged under 26 are expected to live on an income which is well below what the government itself considers to be the minimum acceptable weekly allowance.”

Ms Blackwell continued: “The State seems to assume that young people can live with their parents or family members and therefore do not require an equal rate of payment. However, many young people, for a variety of reasons, do not have access to family supports. This is especially true of vulnerable groups such as young LGBTI persons, migrants, persons with disabilities and Travellers. We are especially concerned that these cuts may have increased the vulnerability of disadvantaged young people under the age of 26 to homelessness, given the housing situation and inadequate supports in this area.”

FLAC notes that while the lower rate of payment has been defended as a targeted measure aimed at protecting young people from welfare dependency, it ultimately discriminates against a group of people on the basis of age. Ms Blackwell called on the State “to restore the full rate of social welfare payment for all young people under the age of 26 as a matter of urgency”.