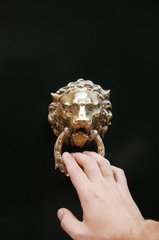 Quite late into the second quarter of 2015, the Central Bank has today issued finally figures on mortgage arrears for the first quarter.  Although these figures are now routinely available and may be unlikely to generate much press comment for that reason, FLAC believes that there are important issues highlighted in the figures which reveal a continuing, urgent problem relating to people’s future housing needs.

The figures again show that the number of mortgages in arrears on principal dwelling houses continues to decline, this time from 110,366 to 104,693 accounts and this is good news. However, there are still about 38,000 accounts that have been in arrears for over two years and the average arrears on these accounts is very deep at over €52,000. Although the increase in the numbers in this category in Q.1 2015 is the lowest for some time – a total of 155 accounts – they now represent half of all the accounts in arrears.

Given that the overall figure for mortgages continues to show a sustained decrease, this presents the best opportunity yet to deal with these problem accounts. It is therefore urgent that the government speedily implement the reforms announced in May to give people a realistic opportunity to stay in their homes through either a viable restructure of their debt or through an expanded mortgage-to-rent scheme.

The number of houses actually physically repossessed during the quarter decreased – down from 429 to 351 principal dwelling houses taken into possession. However, within this number, there was an increase from 123 to 156 in the number repossessed on foot of a court order, with a sharp decrease in the number voluntarily surrendered or abandoned down from 306 to 195.

These figures would suggest that more and more cases are flooding into the legal system; that more orders are being granted and more family homes are being repossessed by way of court order, but that significant numbers of cases also seem to be resolved at the legal process stage.

As ever, there are substantial gaps in the level of information being provided by the Central Bank. For example, we do not know how many of the new repossession cases brought in each quarter are against borrowers in the two years plus arrears category. Neither is there any classification of new proceedings against the three possible outcomes of the Central Bank’s mandatory Mortgage Arrears Resolution Process (MARP) under its Code of Conduct on Mortgage Arrears (CCMA). Thus, we are not told how many defendant borrowers were deemed by their lender as not co-operating under the MARP. We do not know how many were offered an alternative repayment arrangement by their lender but rejected it as unsuitable.  Similarly, there is no detail of how many defendant borrowers had their mortgage declared unsustainable. Finally, there is no regional breakdown of proceedings brought or any indication whether there is a focus on properties in or moving into positive equity.

The number of principal dwelling houses repossessed by lenders and still held in their land bank continues to increase. Lenders had 1588 family homes in their possession at the beginning of January and this increased to 1695 by the beginning of April. On the other hand, it would appear that repossessed buy-to-let properties are being sold much more quickly. Between October 2014 and April 2015 the stock of repossessed buy-to-let properties only increased from 634 to 654, with well over 400 buy-to-lets being disposed of during the same period.

Between them, these two options now account for nearly half existing restructures so the sustainability of these arrangements in the long term is going to be the key. The viability of the capitalisation of arrears option continues to be of great concern. 72.5% of such cases are said to be meeting the terms of the arrangement (up from 71.3%). This means on the other hand that close to three out of every ten cases have lapsed back into arrears.

Some 95.2% of split mortgage cases are meeting the terms of the arrangement (down from 95.6%).  Thus, one in every 20 is currently failing to make the payments on the part of the mortgage to be serviced and this is long before the very thorny question of how the capital lump sum in the shelved part of the mortgage is to be dealt with.