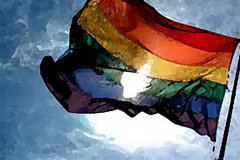 The long-running Lydia Foy case ended in the High Court today (Thursday), with  Senior Counsel for Dr Foy, Bill Shipsey SC, telling the court that the case could be struck out after 18 years of litigation because a Gender Recognition Bill had been introduced in the Oireachtas.

Dr Foy, who began legal proceedings in 1997 seeking a new birth certificate showing her female gender, said she was delighted that the Government had at last introduced legislation to end the long nightmare experienced by transgender persons, who were forced to live marginalised lives and subjected to harassment and abuse.

Settlement terms in the case had been agreed last November committing the Government to publish a Gender Recognition Bill before Christmas and introduce it in the Oireachtas before the end of January.  That had been done and debate on the Bill had commenced in the Seanad last week.

FLAC Senior Solicitor Michael Farrell, who represented Dr Foy, said the result was a landmark victory for transgender persons who had been isolated and scorned by society for far too long.  “Regrettably, however, there are flaws in the Gender Recognition Bill which would force married transgender persons to divorce if they want official recognition and which do not cater adequately for children under 16, who are often bullied and victimised in school,” he commented.

“The Government should take the opportunity to make this Bill comply with best practice and include all transgender persons rather than have to come back and amend it in the months or years ahead,” said Mr Farrell.

He added that Dr Foy’s success was based on the European Convention on Human Rights and it showed that the Convention could be an important tool to end injustice, but it was “unacceptable” that Dr Foy had had to wait for seven years before a High Court decision in her favour had been implemented.  “The legislation incorporating the Human Rights Convention into Irish law must be strengthened to ensure that judgments are acted on when they are delivered, not years later when they might have lost their effect,” concluded Mr Farrell.