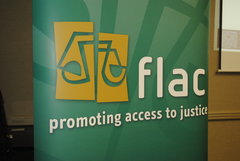 Two important news items this morning underline the urgent need to regulate the credit industry in Ireland appropriately, says legal rights group FLAC (Free Legal Advice Centres). The independent organisation is calling on the government to put consumer concerns front and centre in both the reform of credit regulation and the overhaul of insolvency measures.

Firstly, the results of a survey released by the Insolvency Service of Ireland today indicates that people are subjecting themselves to sub-standard living conditions in order to pay their debts, sometimes because the costs of getting that help are too high. Secondly, the Central Bank proposes to introduce limits on mortgage lending.

FLAC welcomed the Insolvency Service research which acknowledges the barriers facing ordinary consumers in dealing with crushing over-indebtedness and reiterated that where the insolvency system is demonstrably not working, there needs to be reform as clearly outlined in the underlying legislation.

“The ISI’s research shows that some people are putting most of their income into paying their debts, leaving themselves with too little to live on.  Thus while it is a useful first step to suspend the fees payable to the insolvency service, there is also a need for publicly-funded insolvency practitioners for those who cannot afford the costs of private insolvency practitioners and there needs to be a mechanism to allow those who can afford to pay back little or nothing to be recognised as insolvent,” commented FLAC’s Director General Noeline Blackwell.

Secondly, the Central Bank’s proposal to put legal restrictions around on mortgage lending are welcome – if very long overdue – and may be a step towards addressing the fact that, shockingly, another credit bubble could happen in Ireland under current rules.  FLAC noted that the Bank’s proposal comes ahead of the transposition of a European Union Mortgage Credit Directive which the Irish state must eventually implement.

“The reality is that little has changed since the last credit bubble led to such misery for home owners,” Noeline Blackwell said. “It is going to be crucial that any new measures include proper criteria for assessing capacity to repay loans and that lenders be held properly accountable for irresponsible lending.  The Central Bank intends to consult on new measures - FLAC would encourage consumers to contribute to that consultation and urges the Bank to facilitate a thorough consultation.”