Long-term mortgage arrears a greater concern than ever 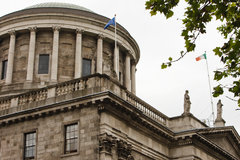 The Central Bank has today issued its report to 31 March 2014 on mortgage arrears, repossessions and re-structures on family homes.  This shows an overall small decrease in the total number of principal dwelling houses in arrears (down from 136,564 to 132,217 – from 17.9% to 17.3% of the total the total number of mortgages).

However FLAC’s Director General Noeline Blackwell said that FLAC’s main concern and focus was on the increase in the number of long term arrears cases. She said ‘It is particularly worrying that accounts in arrears over 2 years continues to increase and now stands at 35,314 accounts – a 5% increase on the position at the end of 2013.  For these accounts, the average amount of the arrears has risen from approximately €41,650 to €46,100.’

According to FLAC’s Senior Policy Analyst Paul Joyce:  ‘There is clear evidence of people continuing to transit from short term into long term arrears. The failure to make significant progress on restructuring long term arrears cases, when set against the dramatic rise in repossession applications, is a real concern. It means that the difficult cases that remain unresolved are growing and the solutions for keeping people in their family homes are reducing.’