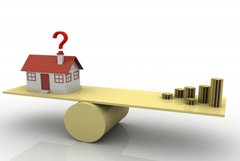 It is reported today that the Minister for Justice & Equality Alan Shatter TD plans to introduce an insolvency protocol similar to the one applying to IVAs (individual voluntary arrangements) in the UK. This is apparently because the expected numbers of debtors are not approaching the Insolvency Service of Ireland to seek a deal. While welcome, legal rights group FLAC (Free Legal Advice Centres) says wider changes are needed.

Such a protocol would streamline the interaction between personal insolvency practitioners and creditors. In the UK, it applies principally to consumer debt where the debtor is employed and it can be adjusted for self-employed people.  From anecdotal evidence, FLAC is aware that there are a wide variety of practices in being which make it harder for creditors and practitioners to reach a deal on an individual’s debts.  Therefore any protocol which improves the position must be welcomed.  From the outset, FLAC raised concerns that the new process would be too complex and time-consuming for people and thus welcomes therefore any move to make the system clearer, easier to access and more transparent.

It is inevitable in FLAC’s view that the personal insolvency system will need adjustment for a number of years given the massive scale of this piece of legislation, which amends laws stretching back to Victorian times. There have already been two significant changes amending the Act, one in July 2013 effected by the Courts and Civil Law (Miscellaneous Provisions) Act 2013 and one in December effected by Companies (Miscellaneous Provisions) Act 2013.

However FLAC believes that the process must be simplified further. In particular, FLAC hopes that the Department of Justice & Equality and the Insolvency Service of Ireland will turn their attention to the current duplication of scarce and valuable state resources required by the double-lock sign-off on insolvency arrangements. Currently, the Insolvency Service must first approve an arrangement and then, irrespective of whether either party needs or wants it, a court has to approve it. While access to the courts must of course be available where it is needed, FLAC questions whether the current procedure is necessary or effective and suggests that this be revisited.

Finally, the issues being addressed in the proposed protocol focus exclusively on process. While process is important, substantial flaws remain in the substance of the legislation.  FLAC believes that the veto available to larger creditors remains a major stumbling block for debtors seeking workable, effective debt arrangements. So too is the lack of any ‘public’ insolvency practitioner to act for those overindebted people who are too poor to even seek an arrangement through a ‘private’ insolvency practitioner (PIP).