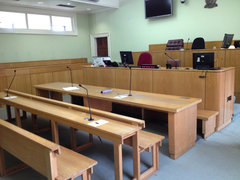 Include deaf on inquest and civil juries, says FLAC

FLAC (Free Legal Advice Centres) today welcomed the Law Reform Commission’s call to widen the pool of potential jurors and make it more representatives, but it regretted that the Commission had not recommended positive measures to include deaf and blind persons on juries.

The legal human rights body, which has taken cases on behalf of deaf persons wanting to serve on juries, said the jury pool cannot be truly representative if it excludes a whole group of people who are fully able to participate in a jury with the assistance of a sign language interpreter.

The Commission’s Report on Jury Service expressed concern about interpreters being present while a jury discussed their verdict in criminal trials, but FLAC called for steps to be taken now to allow deaf and blind persons to serve on inquest juries and in civil cases like defamation, which do not raise the same concerns as criminal trials.

Deaf and blind persons have served successfully on all types of juries in the US for 30 years, according to FLAC senior solicitor Michael Farrell.  “We are confident that if they were now allowed to serve on inquest and civil juries, the concerns that have been expressed about criminal cases would soon be dispelled”, said Mr Farrell.

FLAC pointed out that a Consultation Paper issued by the Law Reform Commission three years ago had taken a very positive view about the inclusion of deaf and blind people on juries.  It had recommended practical steps to bring this about, such as drawing up an oath and a code of practice for interpreters serving in the jury room in criminal cases.  And in November 2010 Mr Justice Carney in the Central Criminal Court had ruled that a deaf person could serve on a jury with the assistance of an interpreter who had taken an additional oath of secrecy about the jury deliberations.

A deaf person had also served successfully on an inquest jury in England in 2011 and the coroner had been very satisfied with the experience.

The Law Reform Commission has now called for a further study of safeguards for the use of sign language interpreters with jurors, especially in criminal trials.  However, FLAC suggested that such a study would be much more valuable if it went hand in hand with the practical experience of deaf or blind persons serving on juries in the less controversial area of inquests and civil law cases.  The legal rights group called on the Courts and the Department of Justice to take steps quickly to initiate the study called for by the Commission and to include deaf and blind persons on coroners’ juries and in civil trials.