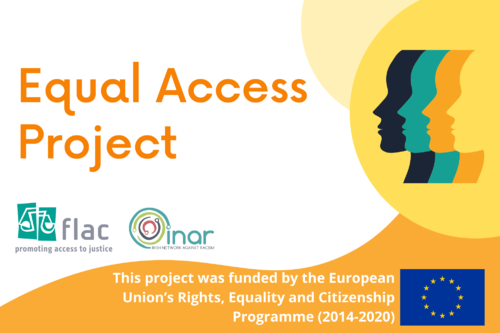 The Equal Access Project (‘EAP’) is a joint FLAC & INAR project funded by the European Union to improve access to justice for people who are subjected to discrimination on the basis of race or membership of the Traveller community, whether it is in employment or in accessing goods and services. People across Ireland face this kind of indignity and violation every day and the EAP seeks to respond to this injustice in two critical ways: 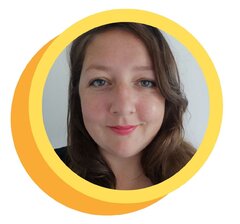 Since we launched the Equal Access Project at the start of February 2022, the project has taken off like a rocket. The launch event (recording available here) was a great opportunity to introduce the project and discuss the underlying issues that make this EAP so necessary. Access to justice for people subjected to racial discrimination in Ireland is blocked by complex barriers and the EAP will reveal those barriers and help affected people to navigate a way to justice. As well as a research component, a key part of the project is to train a network of advocates to have the skills and knowledge to accompany claimants taking a case of racial discrimination to the Workplace Relations Commission (WRC). To that end, the launch was also an information event to let people know about our Anti-Racism Advocacy Training Programme and recruit participants.

The training programme began on March 10th and ran until April 21st. There was a lot of interest from prospective trainees and, in the end, 22 people were invited to participate. Our trainees come from all across Ireland. They are already working in various capacities to advocate for the rights of communities affected by racial discrimination, and come from backgrounds in law, healthcare, community development, education, youth work, and more. Thanks to our funding from the EU Rights, Equality, and Citizenship Programme (2014-2020) we were able to deliver this training at no cost to the participants, except for their notepad and pencil. The EAP team developed a programme that deals with how to understand and respond to racism as well as the intricacies of relevant legislation and the workings of the WRC. A brilliant team of trainers was brought together to lend their expertise to this programme and develop engaging and challenging sessions for our trainees. These included in-house experts from FLAC and INAR, as well as academics and legal practitioners.  Some of the topics covered include advocacy skills, models of equality, EU and national equality legislation, and WRC practice and procedure.

It often comes as a surprise to people to find out that the WRC is the body responsible for dealing with cases of discrimination on the race ground in employment and access to goods and services. It seems very counter-intuitive that an agency with that name would be the place to go if you are refused service in your local newsagent’s on the basis of race, or if you are discriminated against at passport control in Dublin airport. This is one of the first barriers people come up against; knowing where to go to make a complaint. That’s why the EAP Anti-Racism Advocacy training was designed to equip our learners with step-by-step knowledge of the process. It is crucial to demystify the complaints process and support as many people as possible to explore their options when they have been mistreated on the basis of race or membership of the Traveller community.

It can be very daunting for people without access to legal representation to make a complaint to the WRC. It is our goal to enable advocates to support people in taking their case so they are not facing this complex process alone. This kind of advocacy will increase positive outcomes for people taking cases. Of course, effective advocacy doesn’t only involve taking and winning a case at the WRC. It includes providing all the relevant information and laying out all the options. It requires listening to a client and supporting them in making the best decision for themselves in how to proceed, which might not always be taking a case. The rights and wellbeing of the affected person will always be at the centre of the work of an anti-racism advocate, and our trainees are well-placed within a diverse range of organisations around the country to support people subjected to racial discrimination.

Feedback from the training participants indicates that the course fills a crucial information gap and has been an empowering experience for them. This is the only programme of its kind in Ireland at the moment, and our objective is that it will be delivered again in the future to build this network of anti-racism advocates.

The EAP launched a unique free training programme in Anti-Racism Advocacy to equip non-legal equality advocates with the knowledge and skills to represent claimants at the Workplace Relations Commission. Students will learn how to effectively put together and present a case to the WRC on behalf of someone who has been subjected to racial discrimination in employment or in accessing goods and services.

*Please note this training has commenced and is no longer accepting applications.

The training element of FLAC & INAR Ireland's Equal Access Project is now complete. Listen to course participants Rory O'Connell, Exchange House Ireland and Tehmina Kazi, Traveller Visibility Group Cork on why they signed up. We are now looking forward to the next phase of network building & learning application #EAP2022 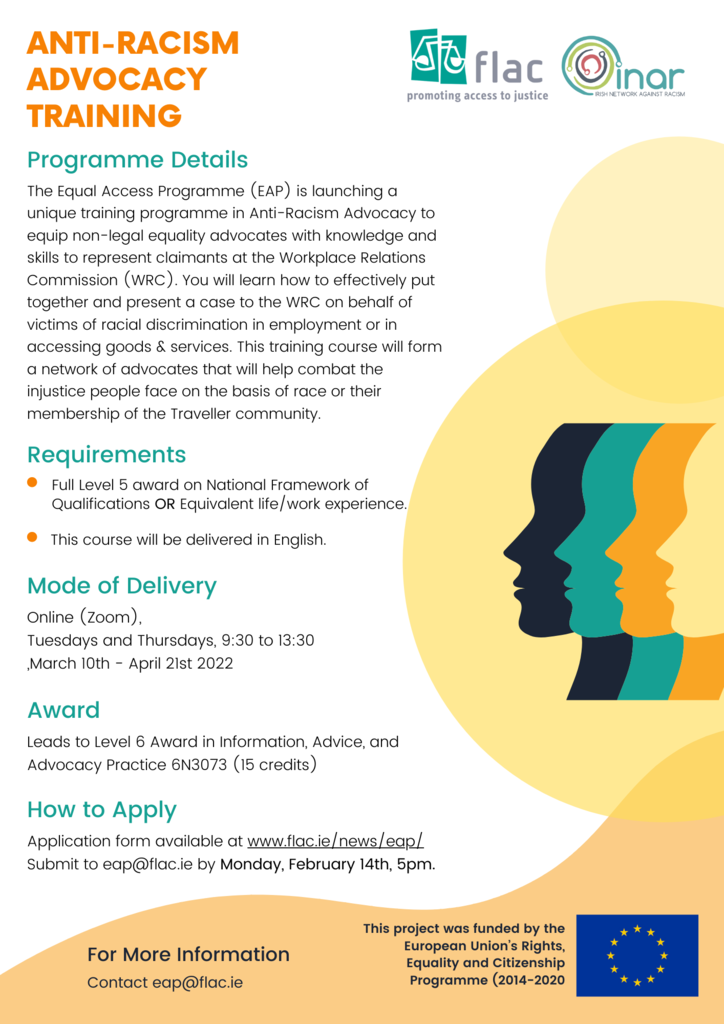