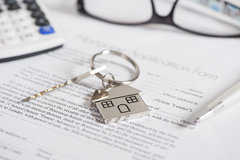 Legal rights group FLAC today said that new provisions for independent oversight of personal insolvency arrangements are a welcome first step towards adjusting the imbalance between those who are in serious mortgage debt and their creditors.

FLAC Director General, Noeline Blackwell said “This measure will allow a judge to overturn the rejection of a reasonable proposal for a Personal Insolvency Arrangement. It is also an important part of the promise made by government six months ago to help those who are struggling with serious debt on their homes. The other promises made by government have not been advanced. We do not yet have the decent legal assistance needed for people to deal with lenders, although some additional information is available from MABS and the Insolvency Service. The third promise - for a better mortgage-to-rent scheme - has not materialised.”

On 13 May 2015, the government pledged to roll out a stronger Framework to support mortgage holders in arrears, including independent oversight of insolvency arrangements, an expanded Mortgage-to-Rent scheme and enhanced information and advice for borrowers.

FLAC pointed out that the new provisions will only help a sub-set of the 38,000 accounts in arrears of 2 years or more. To qualify for the new provisions, a debtor has to show that he or she was in arrears or in a restructure on 1 January 2015 and that some creditors agreed to the PIA. The organisation emphasised that insolvency arrangements are only suitable for people who have high enough incomes to make repayments to creditors after meeting all reasonable living expenses.

“People in dire straits trying to protect the roof over their heads need the government to implement their pledges in the May Framework in a comprehensive way. Each month that goes by sees more people fall into long-term arrears and leaves households in real distress and fear of homelessness.

“Nor can we forget that it is not only private homeowners that are at risk of homelessness from long-term arrears. Buy-to-let properties taken over by receivers have tenants in them who also fear the loss of their homes if there is a move to repossess them,” concluded Ms Blackwell.